‘Til death do us part

I was so nervous before my wedding in Jamaica, I called the hotel a half-dozen times to make sure every detail was in place. All I needed was a television that could get the opening game of the Eagles’ 2003 season.

“Ya, no problem,’ they would say over and over. There’s never a problem in Jamaica, I learned. I wasn’t reassured.

Most of my male friends and family members belittled me for scheduling a wedding during the unveiling of Lincoln Financial Field, so I had to guarantee them a television with decent reception in order for them to make the flight.

And on the big day, a dozen men gathered in my suite with two cases of Red Stripe that cost $2,000 in Jamaican money. With my wedding ring on and a Cuban cigar, I watched the Eagles lose to Tampa and kickoff what would be another gut-wrenching season. My new wife was cliff-diving or something.

I first went to an Eagles game with my dad and Uncle Sam in 1983, when Ron “The Polish Rifle” Jaworski was still at the helm. They lost. Since then, I’ve been to dozens. I’ve gotten sunburned in September and perhaps seen the initial stages of frostbite in January. From my perch in the 700-level, I saw Randall float, in slow motion, over countless Green Bay Packers.

I’ve eaten kielbasa and drank beer that was half-frozen in the parking lot. I have watched grown men light seemingly valuable things on fire and opposing fans get pelted with beer and open mustard packets.

And the glory of that playoff game versus the Detroit Lions when the touchdowns flowed like Frank’s Black Cherry Wishniak, I can only compare to watching my kids be born. I knocked the mirror off a car with my head before that game, falling down dead as a felled tree.

But mostly it’s been one letdown after another — Super Bowl losses, the Rich Kotite era, Reggie White leaving, Jerome Brown dying, Randall Cunningham just never quite getting it and all those NFC Championship games. The Fog Bowl! My god. I think I was holding my father-in-law’s hand during the nuclear meltdown that was the 2002 NFC Championship. We needed each other for support.

That’s why my marriage, and countless others around Philly, are built to last. If we can stay married to a team that coaxes us to the brink only to roll over with a headache every year, we can stick to our wives pretty easily.

We have one ring to prove it, now we just need the other one. 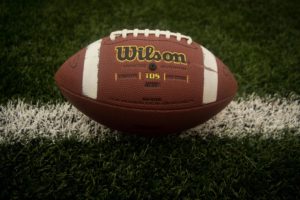 by Jason Nark
Next: Crime

The Strange Tale of the Algar Ferrari

by Jason Nark
Be the first to leave a comment!